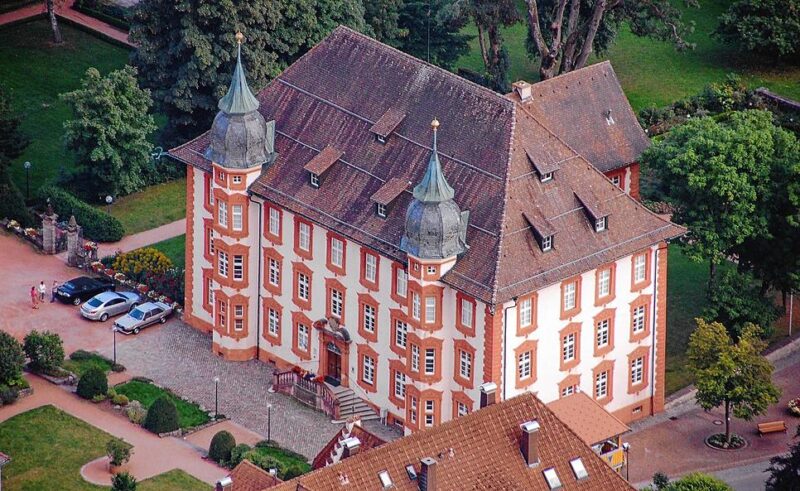 Some dates in Bonndorf Castle are postponed due to the ongoing lockdown. However, there is joy about the loyalty of customers and sponsors.

A bitter blow for artists, but also for cultural institutions such as Bonndorf Castle: art and cultural institutions must remain closed until May 16 inclusive, according to the provisions of the Corona Ordinance (version of April 19, 2021). Affected are from the program three of the total of six planned events that the cultural team of the district had scheduled until mid-June. New dates have already been set for them.

The seasonal opening date, the exhibition “Kleider machen Leute” (Clothes make the man) with works by portrait photographer Herlinde Koelbl (April 15), had already been cancelled due to increasing numbers of infections. Now the head of the cultural office, Susanna Heim, has to cancel the replacement date on May 1 with a heavy heart. The reading with Elke Heidereich (Thursday, May 13, 6 p.m.) as part of the supporting program for “Kleider machen Leute” and the scholarship concert with Natalia Dauer and Julia Pleninger (Saturday, May 15, 7 p.m.) will be postponed. For the time being, the previous seasonal schedule for events starting May 17 remains in effect.

Artists have to carry heavily at the further restrictions, expressed Susanna Heim in the discussion with this daily paper. Financially, the temporary closure of the Bonndorf cultural institution and the cancelled events naturally mean a cut, which Susanna Heim could not yet quantify. However, Susanna Heim also said: “We have already had many registrations for all events, which makes us happy and shows that people are longing for culture.”

What also motivates the team, she said, is the response from sponsors. In this difficult economic situation, more than half of the nearly 100 sponsors have already transferred their contributions, the cultural office manager explains. Many of these sponsors, she says, have themselves been affected by the Corona restrictions and the economic consequences, such as small retail businesses. The fact that these in particular continue to support the cultural work is a very strong sign, she says.

Susanna Heim is hopeful despite the current situation. “After the program presentation, we received many advance registrations. We have therefore made an effort to find alternative dates. Following John Lennon’s saying: ‘Life is what happens while you are making plans’, the Corona situation is already ruining all our plans again. That is very unfortunate. But what makes us happy is that we were able to find alternative dates with all the artists.”

Reservations already made retain their validity, promises the head of the cultural office. If new dates can not be perceived, ticket holders should contact the cultural office of the district under the telephone number 07751/86 74 02. According to Susanna Heim, the newly issued program of the district is always subject to the castle being allowed to reopen as a cultural institution. And also under official requirements, “which currently prescribe nightly curfew restrictions from 10 p.m. anyway,” says Susanna Heim.